The Nagorno-Karabakh defense ministry has an established procedure for granting the status of a participant of the April, 2016, Nagorno-Karabakh fighting, in accordance with which a relevant entry is made in the servicemen’s military cards, military authorities in Karabakh said in a Wednesday statement.

In recent weeks, Armenian media have been reporting that military officials have either been failing altogether to make the appropriate entries or crossing out the ones that have already been made.

In its latest statement, however, the ministry insists that the shortcoming “is solely a result of negligence on the part of military units’ relevant officials.” The authorities also urge the media not to “unnecessarily speculate on the subject from now on.”

Recall, the Hrapark newspaper had reported in January that in the military cards of recently discharged Armenian soldiers, there was no mention of them having participated in the four-day fighting. At the same time, in the card of one of the soldiers, the relevant entry had been painted over with a white marker.

As reported by RFE/RL’s Armenian Service (Azatutyun.am), the entry has also been erased from soldier Garik Hovhannisyan’s card. “I took part in the April fighting; was in the forefront. On the discharge day, when I was given my military card, the word ‘invalid’ was written over my participation record in red ink,” Hovhannisyan told Azatutyun.am, adding that the same thing has happened to his entire troop. 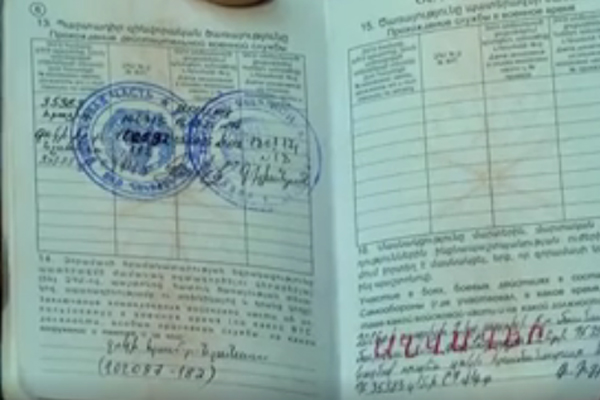