Home / Army / ‘Did the Army Make a Man Out of You?’ – Anonymous Action in Yerevan on Army Day

‘Did the Army Make a Man Out of You?’ – Anonymous Action in Yerevan on Army Day 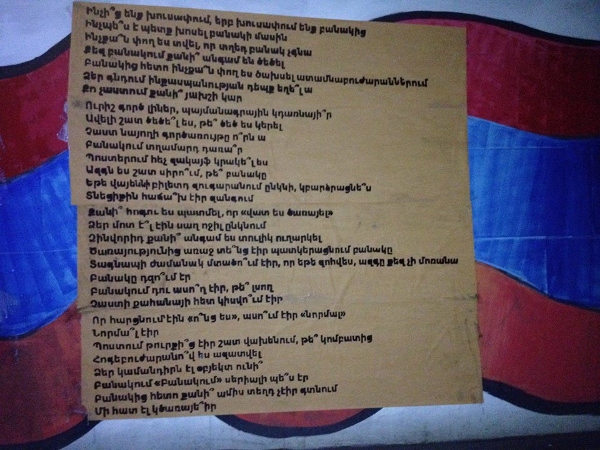 On the Armenian Army Day on January 28, an anonymous action was held in Yerevan, the organizers of which posted a list of questions related to military service to a wall of one of the underground passages in the center of the capital. According to some reports, the poster was attached in the passage on central Baghramyan Street, where the Presidential Palace and the Parliament building are located.

The questions are preceded by a quotation from the speech of the author of the Nation-Army concept Vigen Sargsyan at a meeting of the board of the Defense Ministry in 2016: “And we, with the excitement of a baby who has just gotten the desired, rushed forward, ignoring the brutal cold wind beating us in the face.”

– What do we really avoid when avoiding military service?

– How should we talk about the army?

– How much have you paid to get your son out of the army?

– How many times were you beaten up in the army?

– How much money did you spend on dentists after the army?

– Did anyone commit suicide in your unit?

– How many people did you tell about your “bad service?”

– Were lice a common issue in your unit, too?

– How many times have you sent care packages to your soldier?

– Was that how you pictured army life?

– Did it ever cross your mind during battles that the nation would never forget you if you were to die?

– Was the service fun?

– Would you still become a contractor if you had other options?

– Were you a bully or a victim?

– What is the function of the “unit watcher?”

– Did the Army make a man out of you?

– Did you ever open fire just for the fun of it while at combat positions?

– What do you love the most – the nation or the army?

– If your military card fell into the toilet, would you pick it up?

– Did your family call you often?

– When asked how you were, did you reply that you were ‘OK’?

– How much did you have to pay when you ended up at the hospital?

– Who were you most afraid of at combat positions – the enemy or your own commander?

– Did your commander have property, too?

– How many months did it take you to recover after the army?

– Would you serve again? 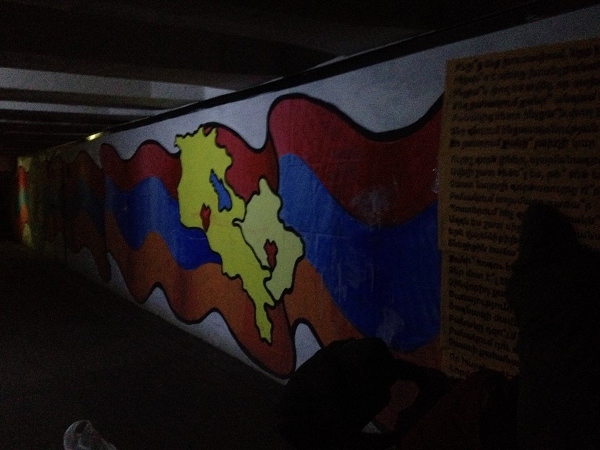