13:33 The National Assembly elected Nikol Pashinyan as a new Prime Minster of the Republic of Armenia with 59 votes for and 42 votes against. 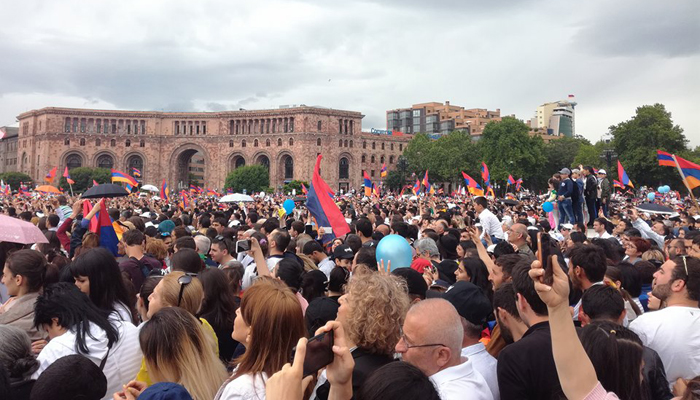 13:00 Lena Nazaryan: “ The Republic of Armenia proved to the world that it holds a full capacity to act as a sovereign state. The choice of the person who will govern the country belongs uniquely to the Armenian people and to them the head of state will be fully and completely accountable.

The people’s revolution that has taken place in Armenia declares for the information of the current and future authorities that when the government violates and neglects human rights, the right of people to resist prevails: resistance becomes not only the right of all of us, but also our obligation.

Not only the citizens can or have a right to, but they are also obliged to disobey, they are obliged not to tolerate violations of their rights”.

12։30 The Candidate for the Prime Minister Nikol Pashinyan, said in his speech that the revolution represents an outstanding opportunity that must be served for the benefit of the people’s interest.

“I want to express my love and solidarity to the Republic of Artsakh and its heroic people. Dear people of Artsakh, be confident that the revolution of peace and solidarity that took place in Armenia does not represent any danger to Artsakh and also opens up new opportunities for the people of Artsakh and your statehood. This is an exceptional time of nationwide awakening and as in 1988 the national movement led to Artsakh’s de-facto self-determination, the result of the current Armenian revolution will be de-jure international recognition of Artsakh’s right to self-determination”, Pashinyan said.

He then spoke about the agenda that should be formed once he is elected as a Prime.

He stated that he is ready to negotiate with Azerbaijani authorities on the settlement of Nagorno –Karabakh conflict, however, the participation of Artsakh in this negotiations should be restored.

Pashinyan condemned the existing practice when the primary expenses of the conscripts are being cared by their parents: “The State is obliged to provide every soldier with everything, including quality food, clothing and hygiene items. It is even shameful that such an issue is on the agenda when it comes to the service of a soldier in Armenia’s victorious army. It is also absolutely unacceptable that the information about soldier’s death as a result of the enemy’s actions or in peaceful conditions can by any means become something usual in the newsfeed.  Every single incident that occurs in the army should be a subject of detailed and professional investigation. The public should be sufficiently informed about all of this. The public should know that the Republic of Armenia does everything possible and impossible to ensure the life and the security of its soldier”.

11:00 The National Assembly (NA) of Armenia today starting from 12 p.m. will proceed to the discussion of the issue of the Prime Minister. The only candidate for this position is Nikol Pashinyan, MP from the “Way out” faction. Armenian Revolutionary Federation (ARF), the “Way out” and “Tsarukyan Alliance” factions have already announced that they will vote in support of Pashinyan’s candidacy. The Republican Party of Armenia faction, which holds the majority in the NA, has in its turn announced that they will ensure the sufficient number of votes for Armenia to have a new Prime Minster.

Recall, that on May 1 the Republican Party voted against Pashinyan’s candidacy.

Republican Square on May 8 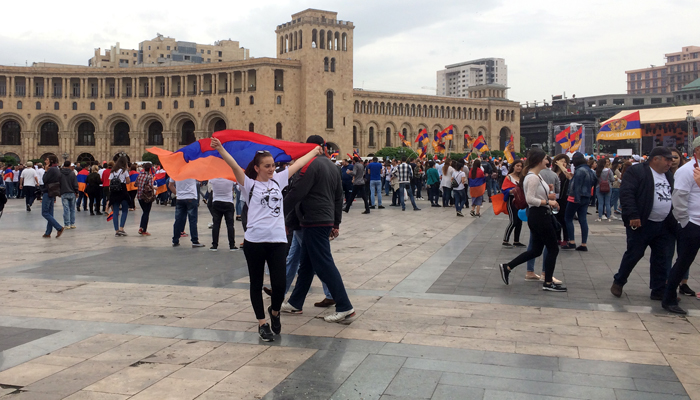 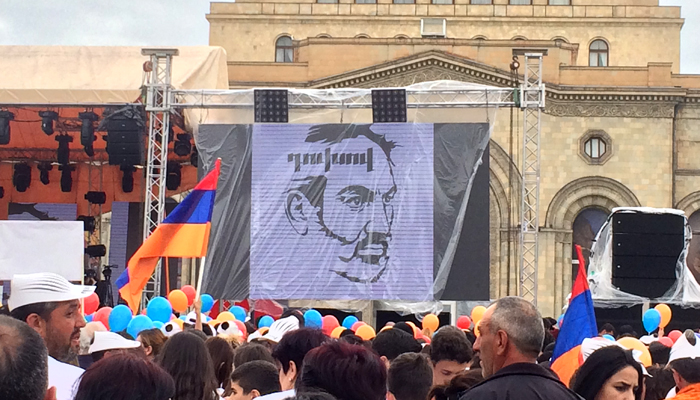 Armenian-American rock singer and songwriter Serj Tankian was also present at the gathering on the Republic Square right after he landed at “Zvartnots” airport yesterday evening. During his conversation with the journalists, he assured that Armenians in the Diaspora had been closely following the events in Armenia and “had not been sleeping for two weeks”. 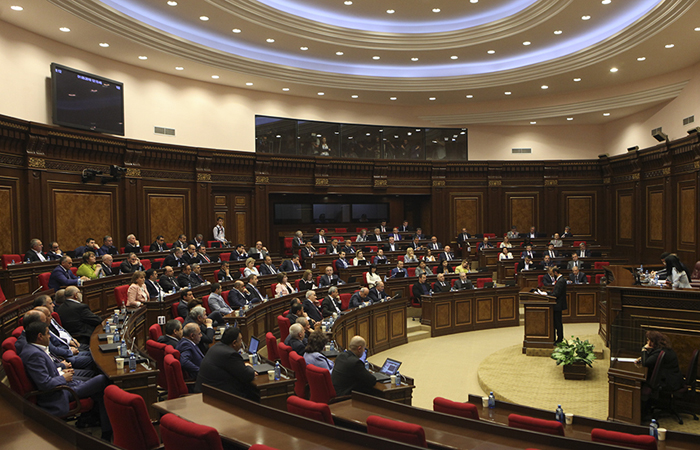