Home / Parliament / “The victory is not about me being elected as a Prime Minster..”։ Pashinyan

“The victory is not about me being elected as a Prime Minster..”։ Pashinyan 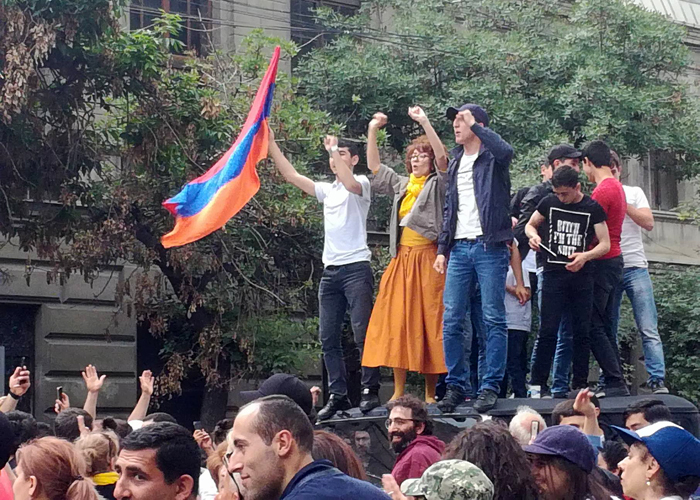 “Dear People, today you won. From now, no one dares to undermine your victory. The victory is not about me being elected as a Prime. The victory is about you, it is about the fact that the decision is yours. It does not matter who will be the Prime Minister. All that matters is that from now on there is only one entity that holds a right to decide who will be in power and that entity is the citizen of the Republic of Armenia. Be it a Member of Parliament or the Speaker of the National Assembly, they only serve the people. From now on it is up to the people to ensure that all the officials honestly and fully serve them. Otherwise, people will act the way they acted in April 2018. By accepting the post of the Prime Minster I declare that I serve the people of Armenia, I serve the citizens of the Republic of Armenia, I serve the Republic of Artsakh. Long live Freedom, long live the Republic of Armenia, long live us and our children that already live in free and happy Armenia!”