Jermuk Residents Wait for the Government-Promised Inspection in Amulsar 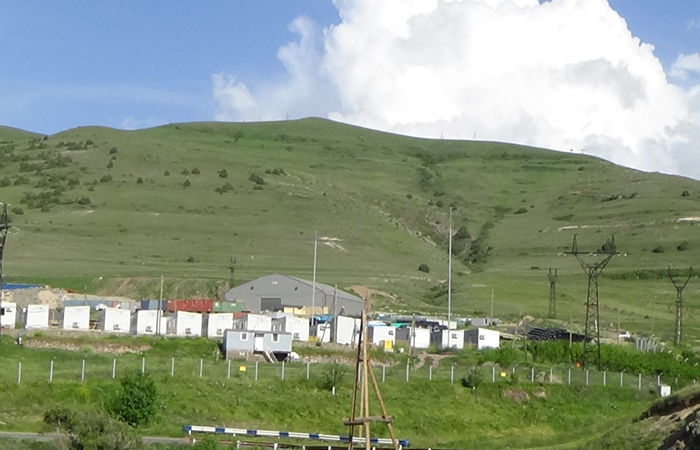 The Jermuk Council of the Elders and community residents have petitioned the newly formed Government to launch a new independent inspection into the gold extraction project in Amulsar proposed by “Lydian Armenia”. Residents demand that the independent expert group involves chemists, physicists and geologists trusted by the community. 9 out 11 members of the Council of the Elders have signed the request for inquiry, and 2000 Jermuk residents have taken part in the petition.

Two community representatives – Aharon Arsenyan and Artur Grigoryan – have met with deputy Prime Minister Tigran Avinyan. After the meeting, the two representatives presented the details of the meeting to the residents of Jermuk, Kechut and Gndevaz during a May 26 discussion in the kindergarten building of Kechut village. According to them, Avinyan has reassured that mining inspections promised by Prime Minister Nikol Pashinyan will start with studies in Amulsar.

“Avinyan was well informed about the situation with Lydian. He promised that an independent inspection will be carried out in a transparent manner. They have inherited this project from the former Government, so there is need to objectively discern whether violations have taken place. If violations are uncovered, the mining project will be discontinued. If not, we will have to reimburse Lydian from the state budget (if the project is paused – Epress.am)”, said Arsenyan.

According to Arsenyan and Grigoryan, Avinyan stated that the sum in question might reach 2 billion USD. The Deputy Prime Minister has promised to inform about the format of the new inspection within a week.

Nevertheless, residents have decided to cease the protests and wait for details about the independent inspection.

Hasmik Sargsyan, member of Jermuk Council of Elders and physician at the Armenia Sanatorium, told Epress.am that she thinks Lydian should compensate for the damages.

“Our complaint has nothing to do with the new Government. But it is now, that the construction works are coming to an end and the mine is to be exploited. People have become more active in order not to allow the mine to be exploited”, she said.

According to the physician, Jermuk residents have noticed the consequences of the mining works.

“They came and told the villagers about gold mines and work places. People didn’t even imagine what was expected. But now, constructions are made, water lines are damaged, dust has settled, our asphalt has turned brown, you hand the laundry and cannot collect it, the snow is orange. Villagers complain, that the livestock doesn’t eat the grass. As a physician, I can say that oncological illnesses have increased”, said Sargsyan.

She said, that tourism should not be confused with sanatorium treatment.

“They can even take tourists to show the mine as another sight. But health resort treatment is something different: people come to receive treatment and they stay longer. They won’t come to a place with a mine”, she said.

9 out 11 members of the Council of the Elders have signed the request. Two were out of town. Only one council member didn’t sign the request – Artur Avagyan, whose daughter works in the mine. Nearly 2000 signatures have been collected in Jermuk.