Home / Armenia / In Yerevan: “We don`t want Islamic Republic”, “THIS IS TIME FOR REVOLUTION”

In Yerevan: “We don`t want Islamic Republic”, “THIS IS TIME FOR REVOLUTION”

“We don`t want Islamic Republic”, “down with Khamenei”, “our people need internet”, “THIS IS TIME FOR REVOLUTION” are some of the posters with which Iranians were protesting in central Yerevan on November 27, 2019, holding pictures of protesters killed in Iran recently.

For two weeks, Iran’s law enforcement bodies and militarized squads are oppressing the popular civil disobedience erupted in almost all the cities of Iran. The reason was the unprecedented hike of diesel prices to an amount triple before. The authorities reacted to the dissent of people by a total internet shut down and mass violence, including by using non-riot arms. Human rights defenders are reporting of hundreds killed.

All over the world and in Yerevan too, Iranians stand in solidarity actions trying to draw the attention of people to the demands of the people of Iran and the atrocities perpetrated by the Iranian authorities.

In Yerevan, this is the second solidarity action. The first one was at the Embassy of Iran in Armenia. This time, they are at the Freedom square, near the Opera. “We expect more the support of the people of Armenia, than of the government,” said one of the three dozen protesters. “We are unable to reach our relatives, the government there has ordered to shoot, hundreds of people are already killed.”

Many have come out with masked faces, some have come with children. Days before the protests the officers of the Iranian Embassy threatened some of them because they’re faces were identified from the previous protest. Relatives left behind in Iran may have trouble because of their protests in Yerevan. They were also told that the Embassy may turn to the law enforcement bodies of Armenia to dispel the protests.

A student protester is saying that it is no longer possible to study, live and work in Iran. “You constantly face problems, if I am a woman or not believing in the religion they want me to, I am either of a wrong creed, or an atheist. In reality there are many bright, progressive people, but they are hostages, they are doomed, if there is no revolution. We need a revolution.”

Despite the information blockade, bits and pieces of information leak from Iran. Protestors are recommending to use AVATODAY Telegram channel, Monoto TV, BBC Persia (with certain reservations for the latter as the information needs to be balanced and somehow in line with the policy of the British Government). 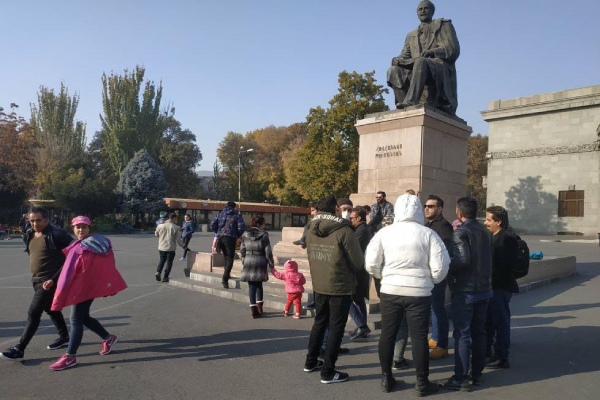 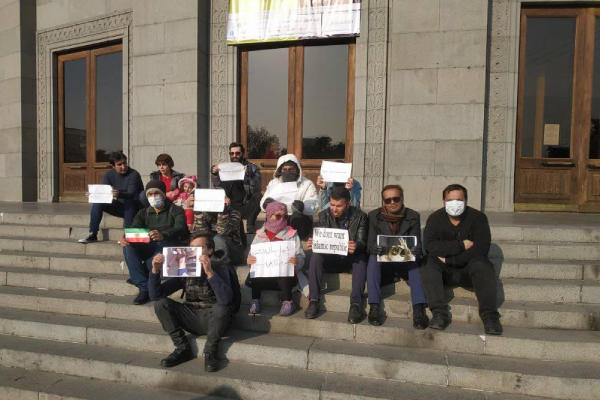