After the resignation of much-criticized Artsrun Hovhannisyan, Armenia’s Minister of Defense Davit Tonoyan appointed Shushan Stepanyan as the new spokesperson of the Ministry on March 12, 2020.

According to her official biography, she is a native of Hadrut town of Nagorno Karabakh. A graduate of the Faculty of Journalism of Yerevan State University Stepanyan worked as an investigative journalist at Hetq from 2007-2009.

She enlisted herself into contractual military service in 2009 as a correspondent to the official newspaper of the Ministry “Armenian Soldier” and remained in the various departments of the newspaper until 2017.

Shushan Stepanyan was a correspondent to “Armed Forced Media” state enterprise in 2018 and has been serving in the Armed Forces of Armenia since 2019. Stepanyan has a military rank of Major, has been awarded various military medals and honorary mentions.

Stepanyan’s father, Shahen Stepanyan, was a warrior during the war, was awarded “Combat Cross” medal by Artsakh Republic, according to the press statement of the Ministry of Defense. 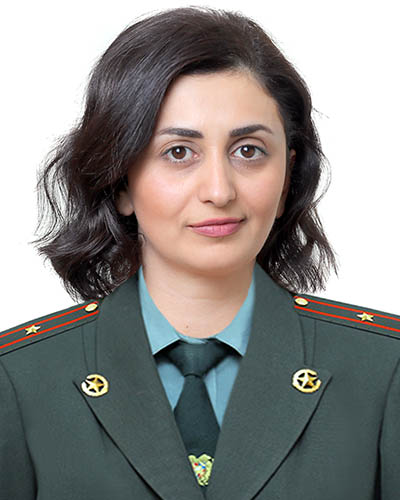