Heavy hail and rain that fell for hours in Gyumri on July 13 created a state of emergency.

The Ministry of Emergency had to engage additional forces and equipment in order to evacuate people trapped in inundated streets in several districts of Gyumri. The Ministry also had to use rubber boats. 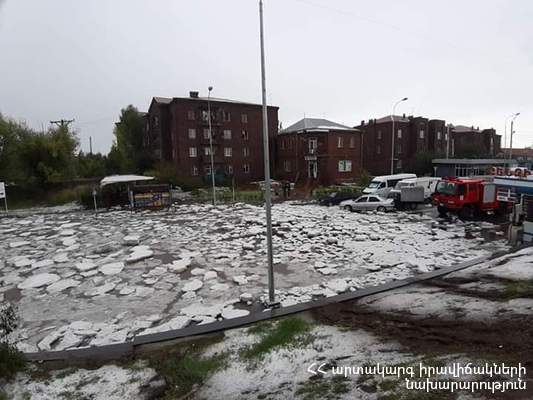 While climate change is evident in every aspect of people’s life, it remains a largely neglected topic in the Armenian political arena.