Home / Culture / If These Trees Could Talk

If These Trees Could Talk

The 18th edition of the Golden Apricot International film festival opened with palpable excitement. After a lengthy pause, and incessant hardships caused first by the pandemic and then the war in Nagorno Karabakh, the long-awaited festival returned slightly smaller-scaled, and a little later than usual but as important as ever.

Alongside the main competition program, the festival presented Regional Panorama, which included 9 films from South-western Asia, particularly Georgia, Iran, Israel, Iraq, Jordan, etc. The program, viewed by the FIPRESCI jury, was a great opportunity to discover local filmmakers and a captivating journey through a complicated region, where despite all the national and religious differences, films often tackle the same topics and sometimes are even filled with a similar mood and atmosphere.

The winner of the program Taming the Garden by Salomé Jashi tells a very unusual story. Hundred-year-old trees are being uprooted and transported to an artificial paradise garden belonging to the former prime minister and the richest person in Georgia, while people are left with construction pits and damaged trees. The film powerfully impacts the audience both visually and narratively. Some scenes are absolutely enchanting. Giant trees crossing the sea is not something you see every day. If cut out and shown out of context, these scenes might trick the viewer into thinking that they are witnessing a purely visual cinema. But Jashi also shows the violence behind that beauty. 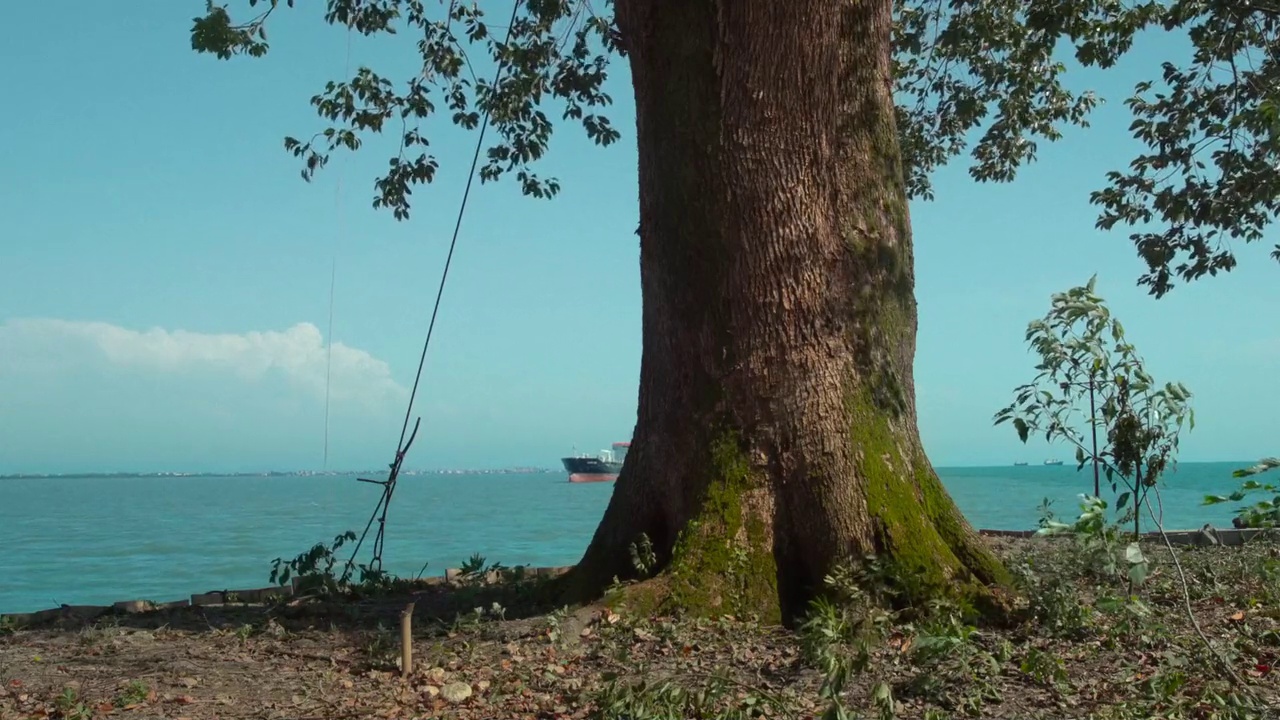 While uprooting the trees, the oligarch leads to an ecological crisis. Not capable of resisting the capitalist machine, people will eventually leave their land as well. Jashi’s camera is merely observing. It neither interferes nor creates a situation. However, the simple documentation is sufficient to convey a clear political message.

The topic of being uprooted and forced to leave one’s homeland plays an important role in other films of the program, as well. In Return to Soloz, director Serge Avédikian, who was brought up in a family of Armenian immigrants, repeatedly returns to his ancestors’ village throughout several decades. He meets different people, watches their destinies unveil, notices transformations. The characters mature and grow old, while crimes of the past and scarred memories are covered up and gradually fade away.

The anonymous character of Adalet R. Garmiany’s Mosul My Home wanders around the streets and alleys of a city destroyed by atrocities of war. In this experimental Iraqi documentary, he tells stories of the past and the present and mourns the ones who are gone. An ode and a requiem dedicated to the beloved city. 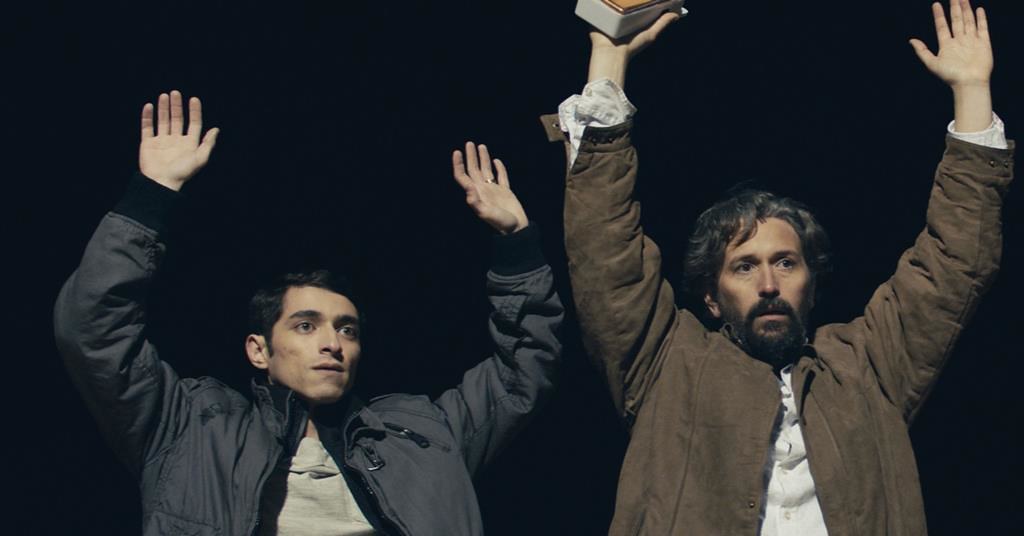 Let It Be Morning, Eran Korilin

The two Israeli films included in the program depict the Israeli-Palestinian conflict through completely different perspectives. In Eran Korilin’s Let It Be Morning, Sami, a Palestinian who successfully settled in Jerusalem, comes back to his home village to attend his brother’s wedding. On the way back, though, he is stopped by Israeli border troops. Not able to get back to Jerusalem, he has no other option but to stay in the village. Despite the usage of certain genre clichés, the film doesn’t attempt to romanticize rural life, nor does it paint a picture of rediscovering the culture and simple everyday pleasures. This “return to the origins” is not a choice. It’s political coercion. The confrontation with the cruel and unjust reality is so dreadful, that a person used to a cozy and comfortable life is irreversibly transformed into a rebel against occupation.

What If? Ehud Barak on War and Peace by Ran Tal presents Ehud Barack, a former Israeli prime minister and high-ranking military, who talks about his life and decisions that determined the future of the region. What starts as a confession and an act of redemption converts into a simple attempt to justify his actions. It seems the only thing that Barack regrets is that he didn’t kill Jaser Arafat or Sadam Husein when he had the chance. The story is certainly important and thought-provoking, but it’s quite difficult to sympathize with the main character, although the authors show the history through his perspective and try to portray him in a positive light.

Iran was represented in Regional Panorama with 3 films, all focusing on family matters and relationships. The protagonist in Lady of The City by Maryam Bahrololumi is temporarily released from prison in order to attend her son’s wedding. But soon enough she finds out that her relatives are on the verge of poverty, barely getting by. It looks as if even life is borrowed around here. They all have their problems which she tries to solve even though she’s out only for a couple of days. She seems to be on the move throughout the whole film. With its fast-paced plot and pessimistic angle, Lady of The City resonates with another Iranian film screened in the non-competition section of this year’s Golden Apricot, Asghar Farhadi’s Hero. The socio-economical situation is so dire, that even after leaving the prison, the heroes remain behind bars. 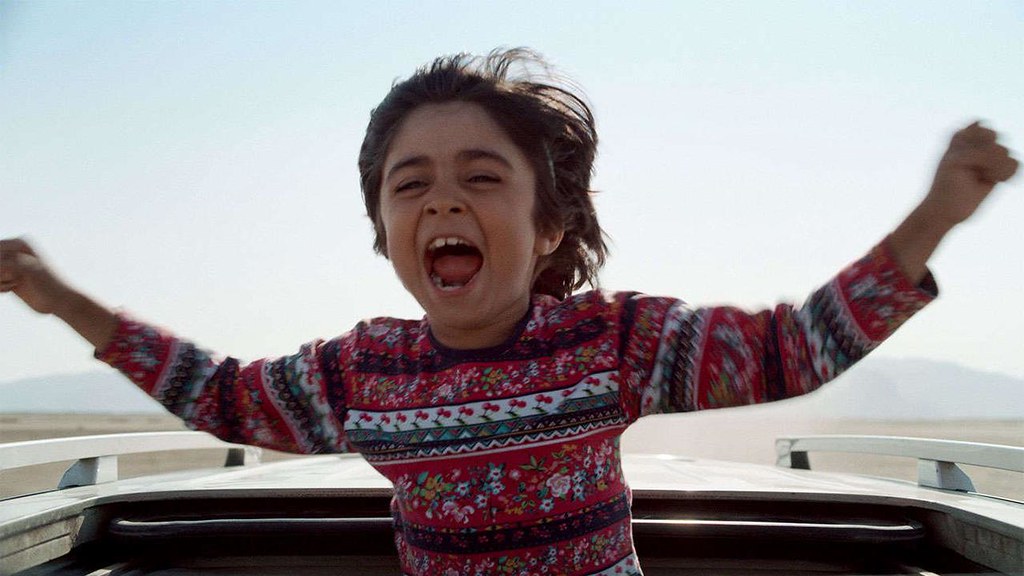 Panah Panahi’s Hit the road depicts a rather archetypical, but at the same time very bizarre family. The wife, the husband, and their 2 sons are travelling by car in an unknown direction. Nothing is clearly explained here, not even the real reason for this mysterious trip. Where are they going? What are they running from? Panahi allows the audience to come up with their interpretation of events happening on screen. There is space for diverse readings, ranging from political metaphors to fantasy or dramedy with hints of fairy tales. Undoubtedly Panah Panahi will continue to be compared to his father Jafar Panahi. But if common conceptions are set aside, his debut film leaves no other option but to treat him as an independent director with his own voice and style.

While there are only certain elements of magical realism in Hit the road, Majid Barzegar’s The Rain Falls Where it Will involves distinctly fantasy-like scenes, sometimes even conflicting with the overall realistic style of the film (one of the episodes clearly refers to Tarkovsky’s Stalker). The socio-psychological film addressing the issue of euthanasia metamorphoses into contemplations on the presence of the supernatural in our lives. 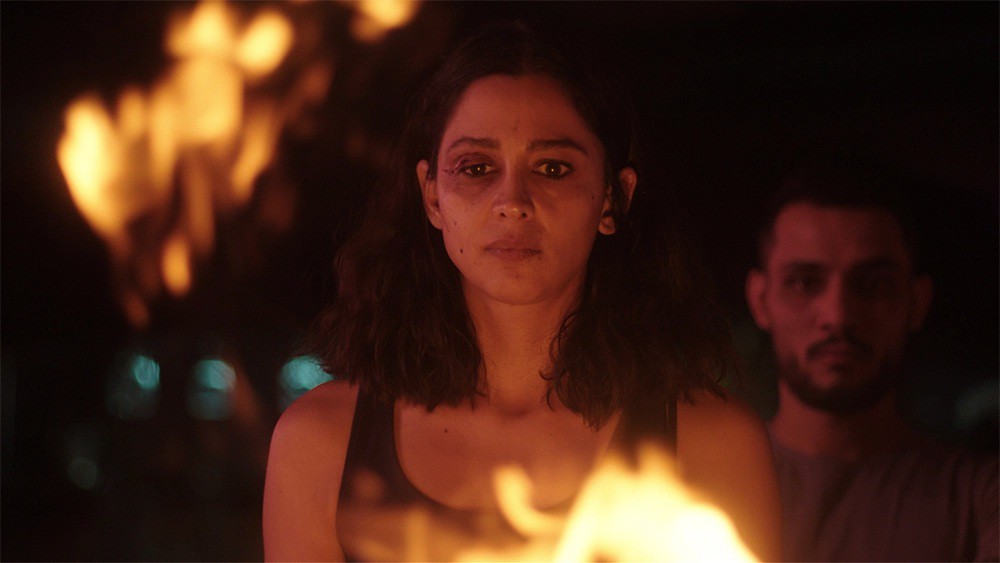 Among all these films, The Alleys by Bassel Ghandour particularly stands out. It reminds of Tarantinos’ and Richy’s early films with numerous contrasting characters, the jigsaw-puzzle-like plot, intertwined storylines, sharp dialogues, rather cruel and gory scenes, and the omnipresent irony. The capital of Jordan, Amman represents an intersection of the old and the new. Ancient traditions collide with the modern lifestyle. Shame and virtue, desires and opportunities: everything is mixed and transfused in this place. And this is true for nearly all the cities in the region. The story of the alleys might as well have happened in Yerevan or Tbilisi.

Good quality crime films do not appear very often in Western Asia. The Alleys definitely succeeds in the attempt to create entertaining cinema which also addresses social problems. Here, we witness a merge of author and entertainment cinema, which is quite reassuring and gives hope for the future of high-quality art mainstream in the region.