March 8 in Yerevan: ‘Unorganized and Spontaneous’ 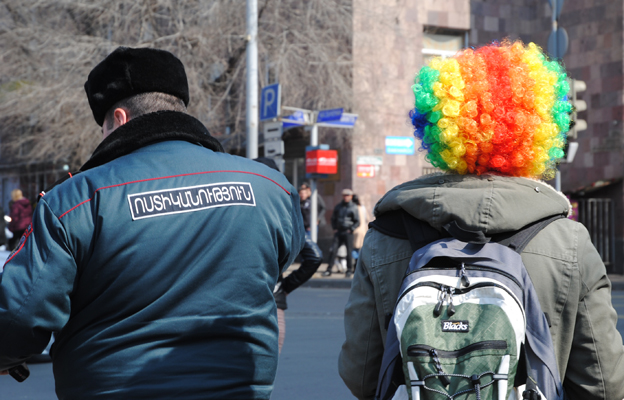 By the Republic Square fountain basin, where human rights activist Armine Arakelyan was subjected to violence by Police in May 2016:

“Women, let us not be indifferent toward each other; let’s stand together, support each other and give each other strength so that we are not turned to dust in various colonies.” 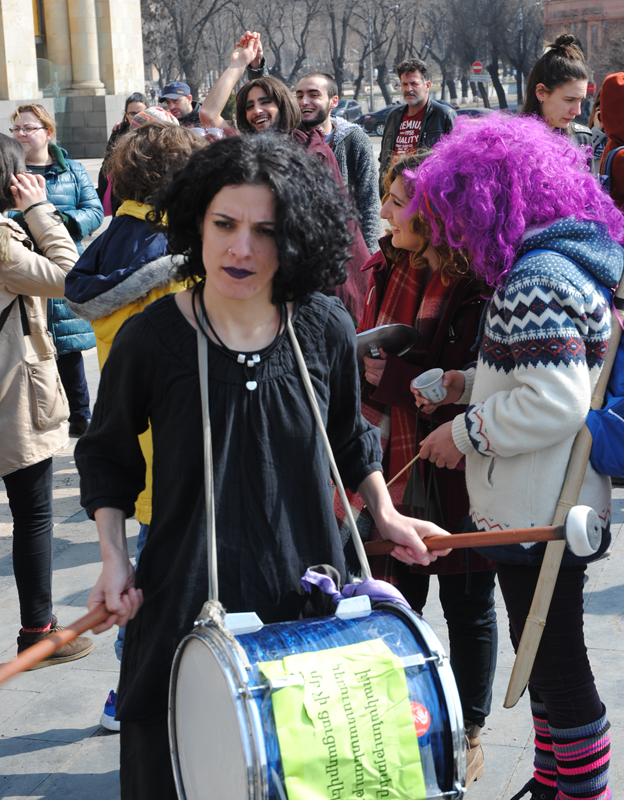 By the monument to Garegin Nzhdeh:

“An Armenian woman has to have a son, a husband; she has to take care of the family, keep the lantern lit and the tandoor warm.

“And as a result, we are either preparing for creating or taking care of a family, or we suffer if we don’t have one or have lost it. Otherwise, we are barren, immoral, or old maids. The ideal of an Armenian woman is Mother Armenia.

“Family serves the interests of the state, and therefore the government and those who call themselves opposition are nationalists.

“Our struggle is an opportunity; your nationalism is nothing at all.”

“Nationalism of one kind or another was the cause of most of the genocide of the twentieth century. Flags are bits of colored cloth that governments use first to shrink-wrap people’s minds and then as ceremonial shrouds to bury the dead.” 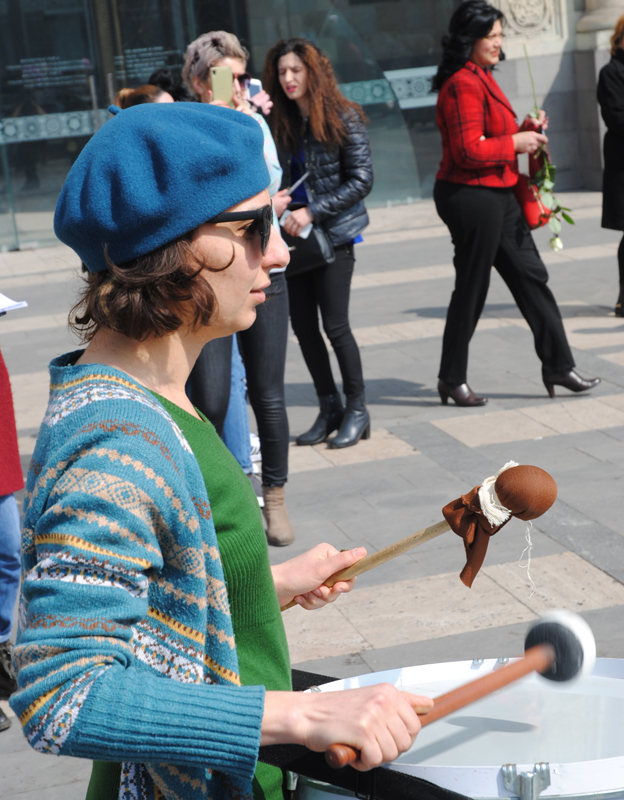 “Militarization is a step-by-step process in which people gradually become dependent on the armed forces and see their only hope in the actual and symbolic deeds of military institutions.”

Outside the offices of VTB Bank and Armbusinessbank

“Banks throughout the world and in Armenia keep people under insurmountable debts and credits, depriving them not only of their property and livelihood but also turning them into slaves. The most vicious activity of VTB in Armenia has been its financing of the exploitation of the Teghut mine. Likewise, Ameriabank is currently looking to finance another catastrophe for Armenia – the Amulsar mine.

“[…] In general, the mining industry carries far more negative social consequences for women than for men. Open-pit mines mainly employ men, and women who were previously engaged in agriculture, collecting and selling forest products and other types of farming become unemployed as they are left without their primary workplace – the land. As a result, women become dependent on the mines and on their husbands, and the extreme poverty compels them to provide various, including sexual services to miners. Banks and mines destroy us!”

“Out of tens of thousands of women who have been subjected to violence, only hundreds turn to the police and receive the following response; “This is between you and your husband, dear. Go home and try to find a common language with him. We can’t help you.” 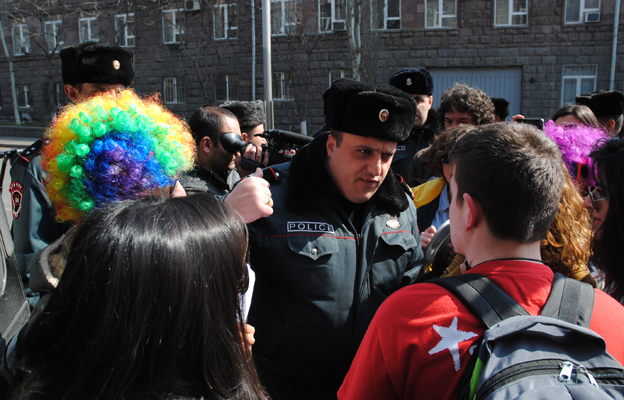 By the Yerevan residence of the Catholicos

“We will not allow the church to interfere in the affairs of women!” 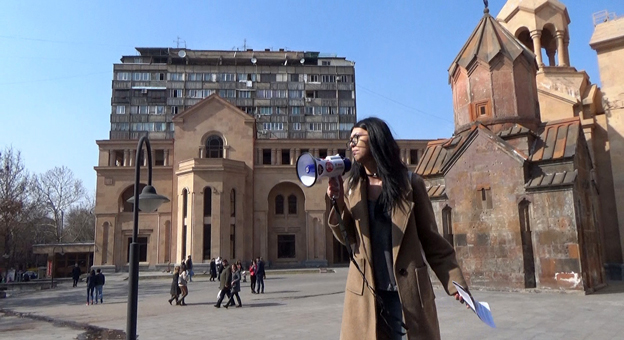 By the DIY Pub, set on fire in 2012 by nationalists

“It is clear that in Armenia these types of crimes are triggered by specific political motives. The Armenian authorities have failed to fulfill their obligations of preventing such attacks; they have also not investigated and condemned the hate crimes committed against the owner of DIY.