Nalband: Armenia In One Village

“Nalband no longer exists; there is no one left in the largest village of Spitak. You won’t be able to count ten houses with lights on if you walk down the street in the evening. Everyone has left; many have died.”

Life in the Lori province village of Shirakamut, previously known as Nalband, is divided into “before and after the earthquake.” Nalband was the epicenter of the 1988 disastrous earthquake and was almost completely destroyed as a result.

“By law, all residents of our village were entitled to benefits,” the locals complain.

Over the years, the village managed to gradually overcome the consequences of the disaster; 491 houses have already been built, and another 30 are in the works. “The earthquake is not the village’s main issue: it has been somewhat restored. The real problem is that people can not live here, the village is getting emptier by the day.”

Nalband was a large and prospering village in Soviet times; there was a sewing workshop there, a branch of an elevator plant… Many villagers worked on the railway. The earthquake destroyed everything. Nothing except for the houses, the school and the village administration buildings has been restored.

Before the latest elections, officials came to the village and promised to build a milk processing plant there if the villagers agreed to vote for them. The plant has yet to be built.

“I said then that I would bray like a donkey if the plant were ever built,” a local man says. 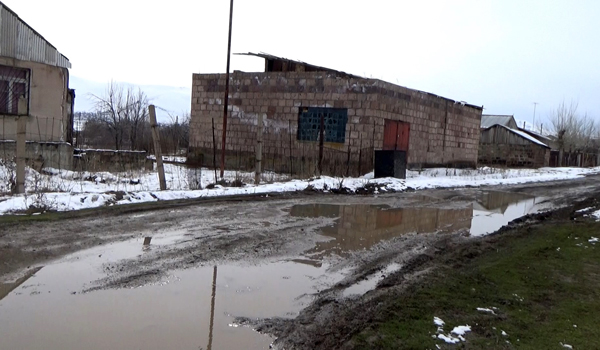 We walk down a mud hole-covered street, passing by a row of houses. “This one is inhabited, this one is empty…There is an 80-year-old lady living in this one… Everyone has left for Russia. Every second house is vacant,” the locals accompanying us say.

“The village only needs jobs to develop; the people will not stay here if there are none. Those with any type of education will move to a larger city, the rest will leave for Russia…” a young unemployed woman says, adding that she has also been considering moving to Russia “as it feels like the only way out.”

Unlike the neighboring villages, there is not much arable land in Shirakamut. In Katnajur and Mets Parni people are at least able to make ends meet by growing barley, potatoes, or wheat, whereas Shirakamut villagers do not have this option either.

The walls of the village administration building are covered with advertising posters of various banks and credit organizations; they offer rural, consumer and business loans.

Finca, for example, call for a “conscious” loan-taking: “Loans can help you achieve your goal, but owing excessively large debts carries many risks. Having answers to a number of important questions will lead to CONSCIOUS CREDITING.”

A group of local men gather in one of the rooms of the village administration building daily to play cards, chess and backgammon. Due to the lack of jobs, the men have nowhere else to be; women mostly stay at home. 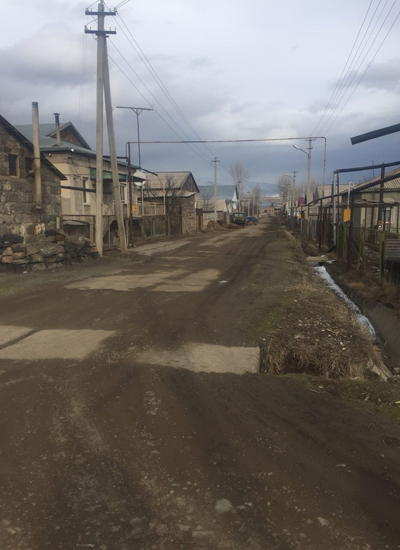 “There is some life in Yerevan, and that’s it. Kirovakan [Vanadzor] and Leninakan [Gyumri] are also practically dead; they have turned into big villages. Create some jobs, let the people work, why won’t you? Are you afraid that people will stop obeying you once they are able to earn some money? It’s not beneficial to them… That’s why they treat us like we’re nothing,” one of the man says. He agrees to let us quote him in the article since he has “nothing to lose.”

Some of the streets in the village are named after the native cities of the people who helped build new houses here after the earthquake. The houses on Krasnodar Street are made of stone, while those on the No-Mother-In-Law Street are mostly made of Dutch chalk.

“Where does the name of the No-Mother-In-Law Street come from,” we ask the locals. They explain that newlyweds began moving to the street after the earthquake and lived there separately from their parents, hence the name.

The families that ended up living in the chalk and wooden houses were initially assured by the authorities that it would be temporary, that they would move to stone houses as soon as they were built. Over the years, the wooden houses began falling into decay; the people have lost all hope in the authorities. 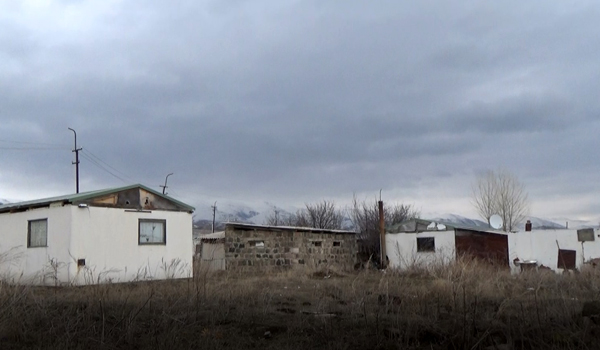 Susanna Poghosyan has been living on the No-Mother-In-Law Street for 30 years. Her father-in-law was provided with a Dutch chalk house after losing his own house as a result of the earthquake: “The authorities kept promising they would repair his house, but they never did. The poor man ended up waiting until his death.”

Mariam and her family have been living in one of the 7 wooden houses on Tambov Street for over 25 years. Her dream is to one day live in a proper stone house: “I lived in a hut when I was single; I ended up living in a hut when I got married. It’s a real tragedy for me. If they ever asked me what I’d want most in life, I’d request two days of living in a proper stone house. I never got to own a stone house, and it pains me to think that my son will not either… Can you believe that? It’s become a dream.” 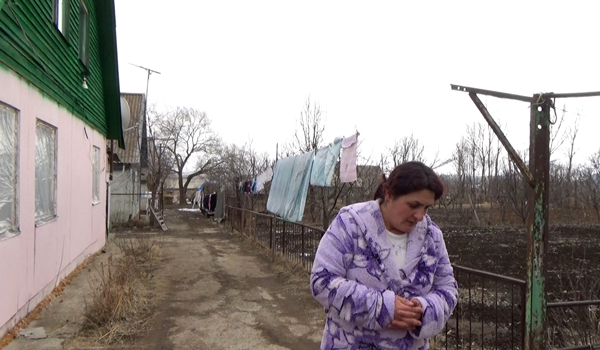 Qnarik Yeranosyan and her extended family used to own a large house before the earthquake. When it was destroyed, they were provide with a temporary dwelling until the 3 houses they were promised would be built. The Russian built the foundations for the houses, she says, but “then the times changed, and the Russians left, without completing the construction.”

The former village head then gave one of the family’s half-built houses to another person: “He did it illegally: a cadastre employee and one of the construction workers came to us and took away the house certificate to supposedly draw the plan of the unfinished house on the paper, but they never returned the certificate,” Qnarik’s daughter-in-law, Susanna Avetisyan, says.

A few years ago Glendale Hills company began construction in the village, in the course of which they were supposed to finish building the Yeranosyans’ two houses. They came to the village, cut down the fertile trees near the house, but never ended up undertaking any construction works. The company was subsequently dissolved, and construction was discontinued. 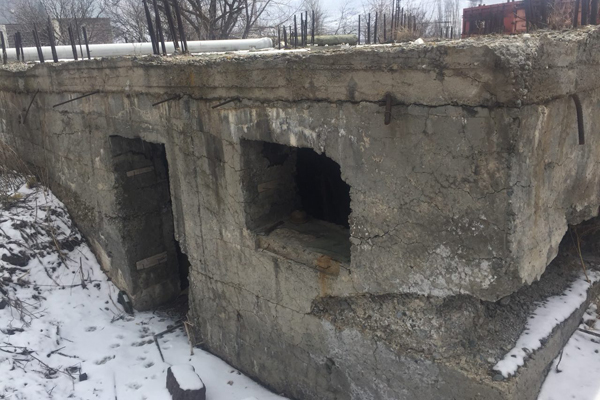 Qnarik, along with her sons and their families, lives in a hut near the unfinished building: the walls in the semi-dark hut have become moldy, the rooms are divided by rags. The family recently took out a loan to buy a washing machine; an Armenian family from Australia, followers of the Evangelical Church, send Susanna’s son 70 dollars in aid every three months, which they use to make the monthly loan payments. 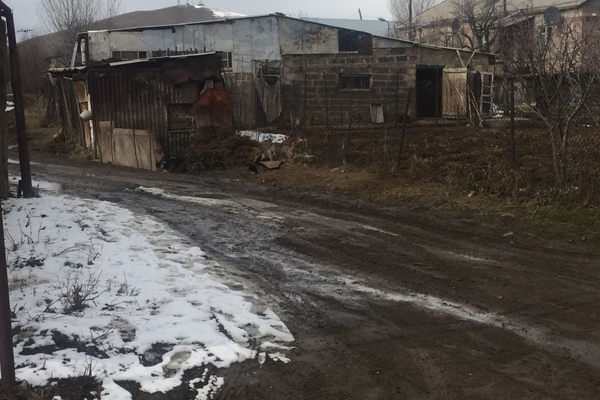 After the earthquake, the Russians built a house of culture in Nalband. The village youth remember how they used to go there to talk and watch movies. In 1989, the building was purchased by the Armenian Evangelical Church.

The majority of the village’s families are involved in the programs of the Evangelical Association. “We carry out agricultural programs; we have given cows to 60 families and potatoes to 40 families. There are 27 kids who we sponsor. We also help out students in paying their tuition,” Vardan Apinyan, a Evangelical Church shepherd, tells us.

The church regularly hosts a women’s club, where the women of the village gather to talk, drink coffee and discuss books.

The Chichkhanavank church is located in the north of the village; the foundation of the 7th century temple was discovered here during excavation works. The structure has since been rebuilt and now hosts the followers of the Apostolic Church.

85-year-old Garnik is one of the oldest people in Nalband; he was exiled to Siberia in Soviet times and came back just in time for the earthquake, during which his lost his house. Now he lives in one of the huts built by the Russians. Garnik does not like to talk about religion and has no trust in the church: “It’s all a lie – the church, the priests, the holy books… They turn everything into a church. Did they really need to build so many churches in this difficult times? The catholicos has occupied most of the agricultural lands… How can they exist on the existence of God when they’ve left me to starve to death?”

The locals say that the book Nalband written by former village head Albert Poghosyan can be found in most of the village’s houses. According to the its preface, the book “is about the families and people living in the village.”

The book, however, talks almost exclusively about men. Mr. Garnik, for instance, is said to have two sons, but as it turned out later he also has two daughters, which the author chose for some reason not to mention. The same goes for the rest of the families.

We were nevertheless able to find a few female names in the book: these were women who had graduated from school with a gold medal or had received higher education. Poghosyan also mentions the women who died during the earthquake.