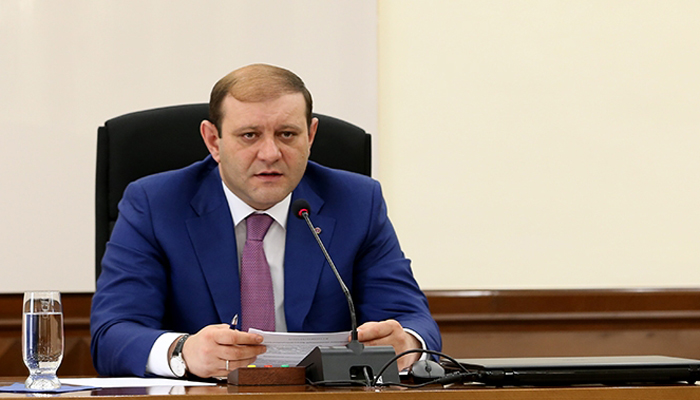 The news about the protest were spread through Facebook account “We Reject Taron”. The petition for Margaryan’s resignation is being circulated in social media.

Attached to the petition one can find a statement that underlines the core reasons for demanding Margaryan’s resignation.

“The main objective of Armenia’s nationwide movement is to get rid of the corrupt and criminal regime of the Republican Party of Armenia… The local self-government bodies are representative entities directly accountable to the local population. They are being formed as a result of elections, and not by the decision of the Prime Minster or the government bodies. Many citizens have provided numerous testimonies and reports on crime, thievery, frauds, all sorts of illegalities and anti-constitutional actions ever since Margaryan took the post of the Mayor. The Mayor and his team have consistently ignored such reports. Based on this, we demand the Mayor’s resignation and dissolution of the City Council”.

In the statement facts and figures about illegalities by Margaryan and the City Council in the areas of transportation, urban planning, protection of the environment, organization of elections, education, budget expenditure and many other fields are provided. The emphasize is made on the atmosphere of violence and impunity the Mayor and his team have created and have been benefiting from for years.