Home / Armenia / March 8: “Women are Killed at Home, Exploited in the Family”

March 8: “Women are Killed at Home, Exploited in the Family”

This year’s feminist march on the International Women’s Day was dedicated to the 13-year-old survivor of brutal male violence in Gyumri. “On March 5th, 2020, Marine was beaten up to death in Gyumri: The only person to come to her rescue was her 13-year-old daughter who is battling for her life in hospital. This march is dedicated to her,” were the opening remarks of the march. 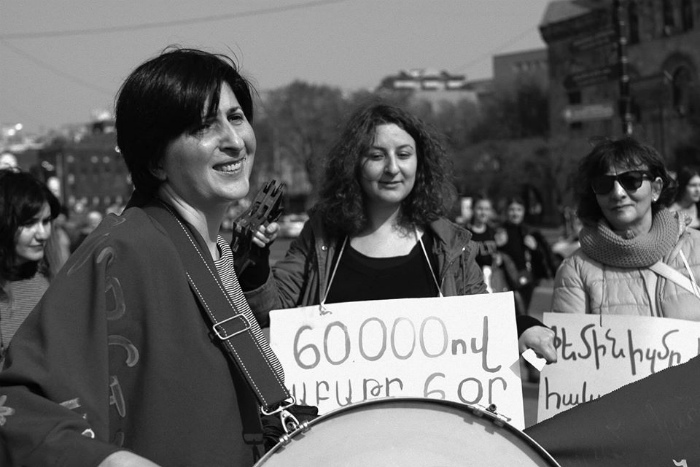 Accompanied by “Rhythms of Resistance” collective, the march started at Metro “Yeritasardakan” and proceeded through the center of Yerevan, including the Metro and continued on Baghramyan Avenue. In a contrasting allusion to Government-promoted slogans, protesters held banners reading: “Women are killed at home (hearth), exploited in the family.” Other banners criticizing systems of exploitation, such as “The nation is not an army, Amulsar is not a mine, women are not a commodity” sparked social media discussions after the march. 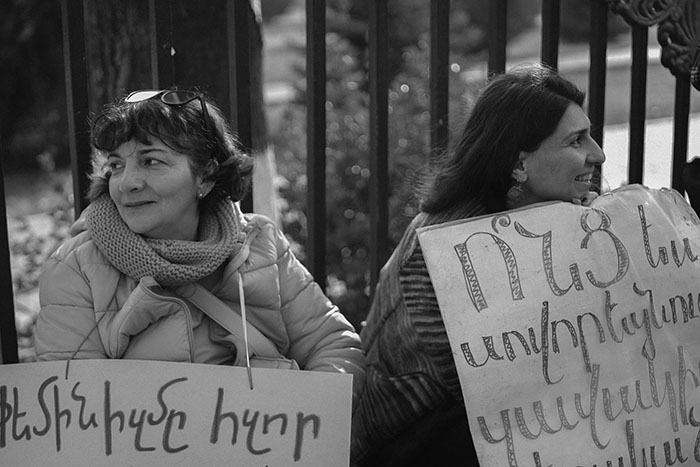 The march approached the gates of the National Assembly, the usual spot where right-wing ultranationalist deniers of domestic violence collect signatures against the Istanbul Convention to Combat and Prevent Domestic Violence. While Armenia has signed on to the Convention and has adopted a law to prevent domestic violence, the Convention has not yet been sent to the Parliament for ratification. 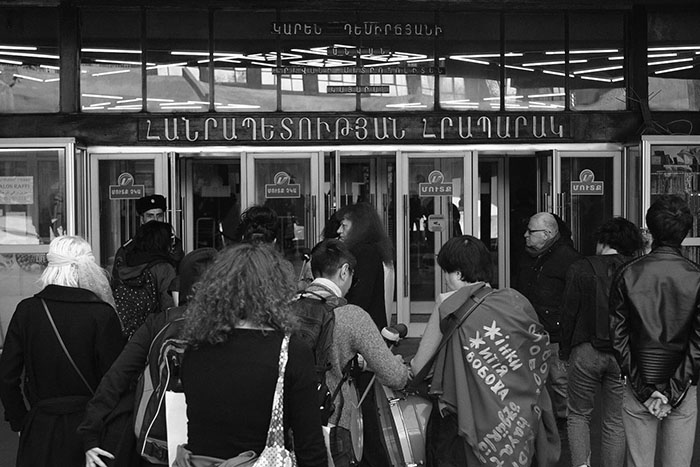 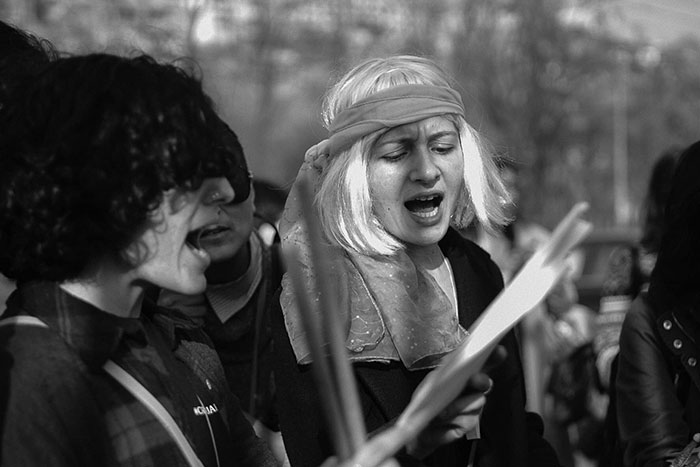 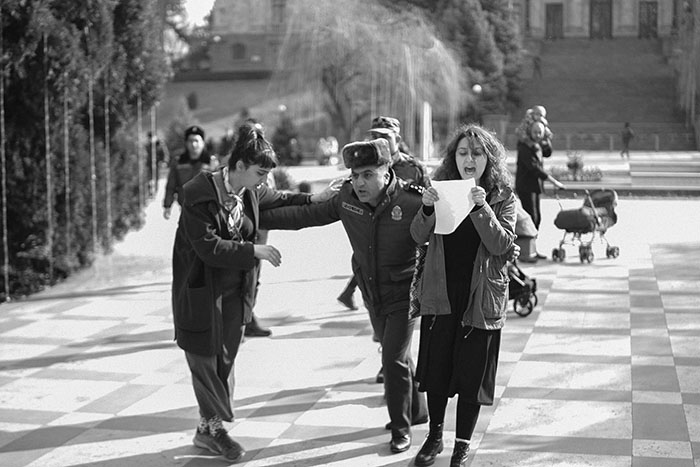 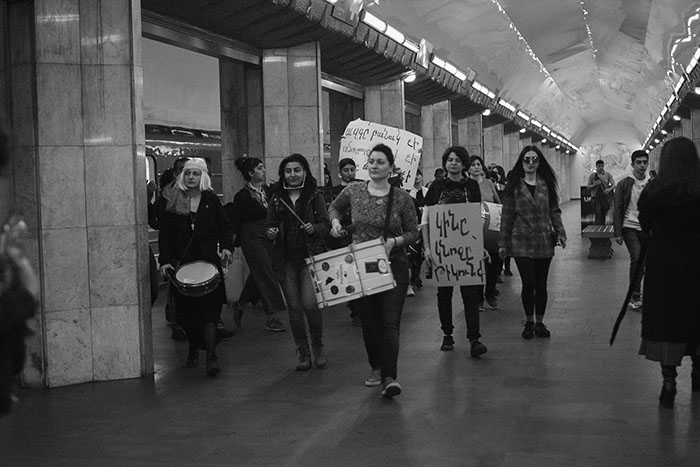 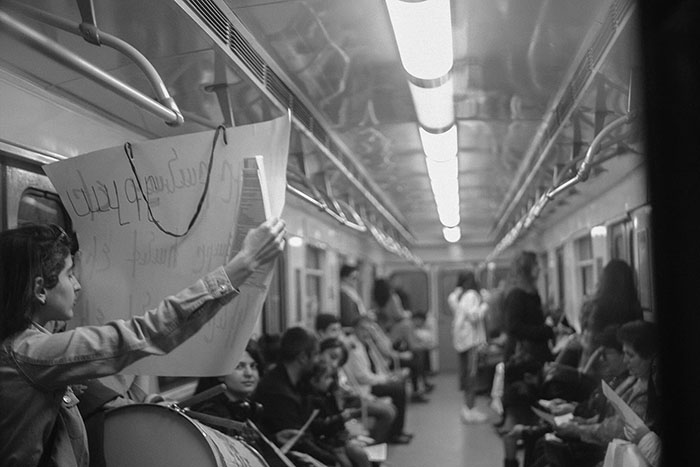 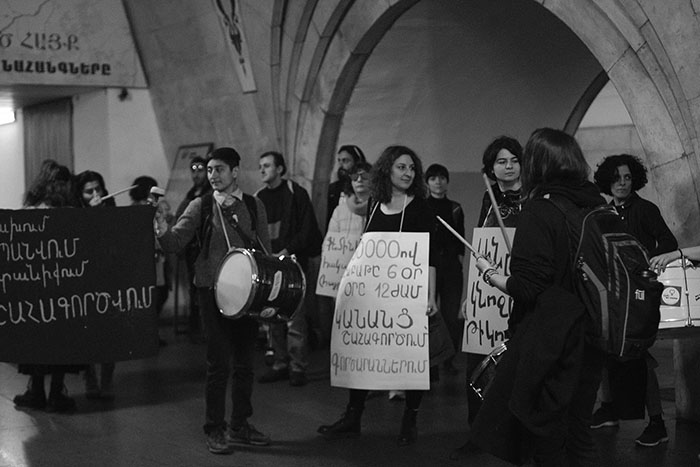